This week, we will use the NSW Crime dataset. This workshop introduces 1) how to compute correlation coefficients and 2) how to create scatterplots.

Suppose that we want to examine the relationship between two continuous variables such as whether and how robbery rates are correlated with unemployment rates. Computing correlation coefficients is an easy way for this task. 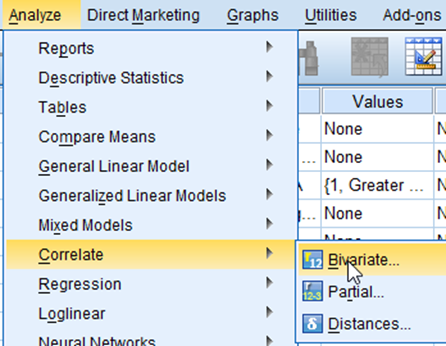 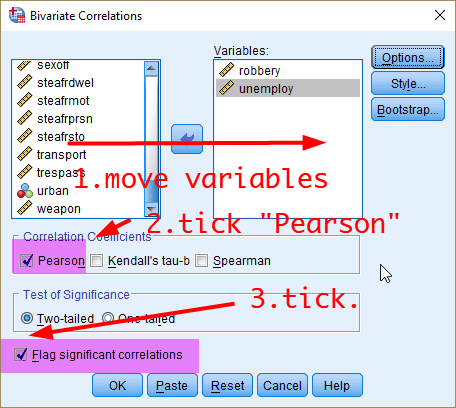 <Figure 3> shows the output of correlation. You may notice different numbers of cases across cells. Correlations are calculated based on all the cases which have valid values on both of two variables, which means that cases with missing values on any of the two variables are excluded from the analysis. In <Figure 3>, Pearson’s r is .261, and its associated p-value is .014., which suggests that robbery and unemployment rates are weakly correlated, but this association is statistically significant at .05.

You can compute correlation coefficients for multiple (more than two) variables. Think about other variables that may be correlated with robbery and unemployment such as percentage of residents who rent dwelling (pctrent), income inequality measured by Gini coefficient (giniinc), median house prices (housmedprice), and median age of residents (medage). You can simply add all the variables of your interest to the list of Variables (see <Figure 4>). 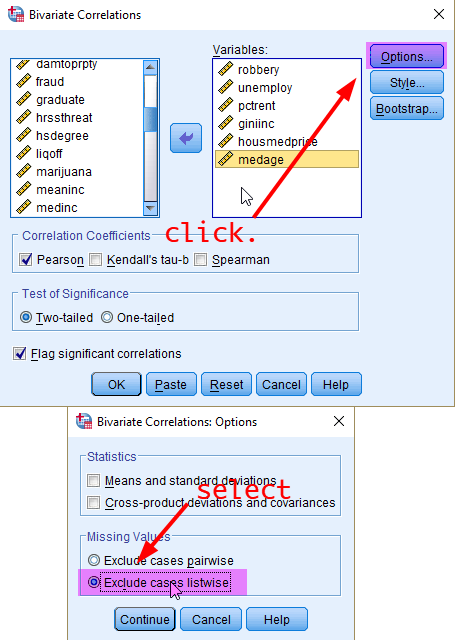 The “listwise deletion” method can fix this problem. It computes the correlation coefficient across selected variables using the same set of cases which drops any cases that have missing values on any of the selected variables. However, a disadvantage with the use of listwise deletion is that you may lose more cases compared to the use of pairwise deletion. In this workshop, we will use “listwise deletion” because it is a preferred method in most social science research. 1) Click Options, 2) tick “Exclude cases listwise” and then 3) press Continue (see <Figure 4>). Then, in the previous box, click OK at the bottom. 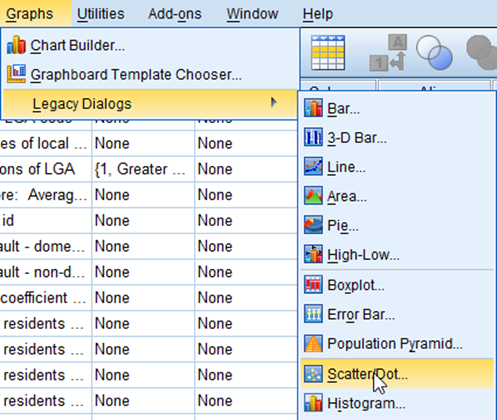 First, we will make a scatterplot between two variables (robbery and unemploy). Select “Simple Scatter” in the box of Scatter/Dot and click Define(see <Figure 7>). 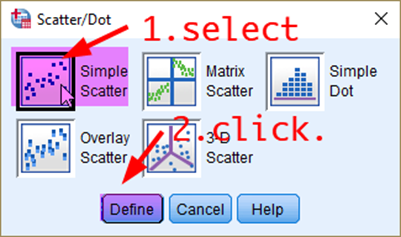 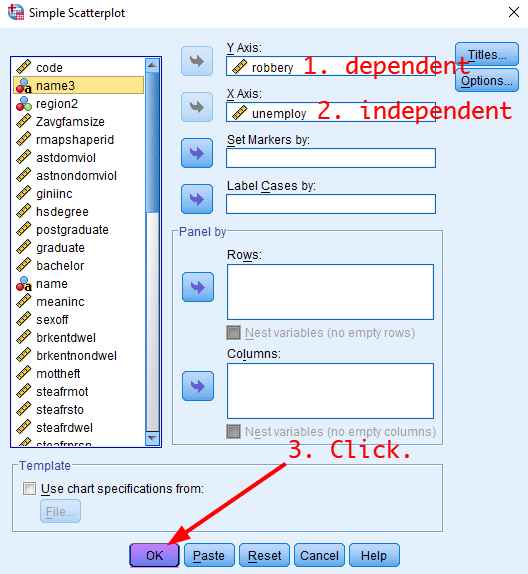 Then, you will see the scatterplot between robbery and unemploy as in <Figure 9>. 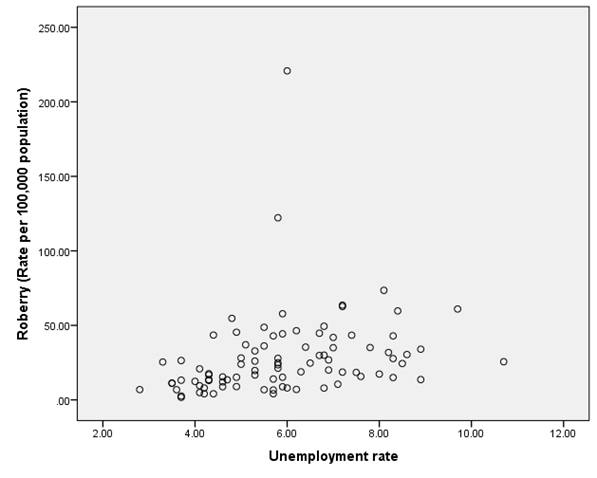 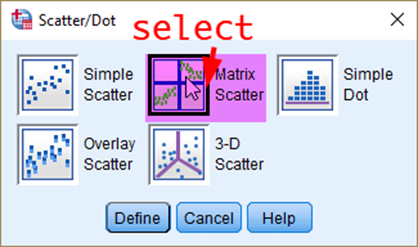 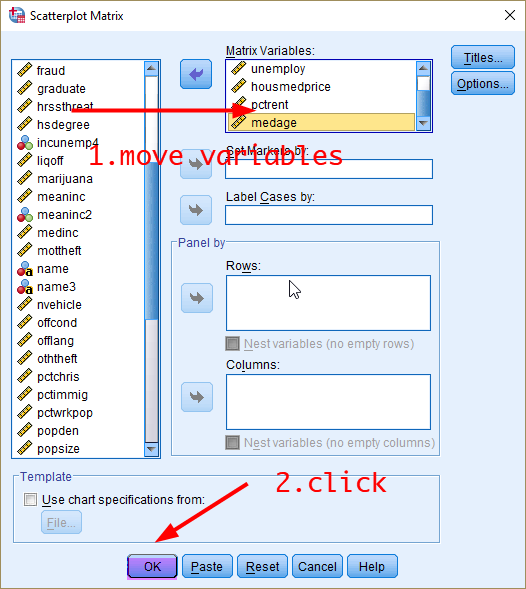 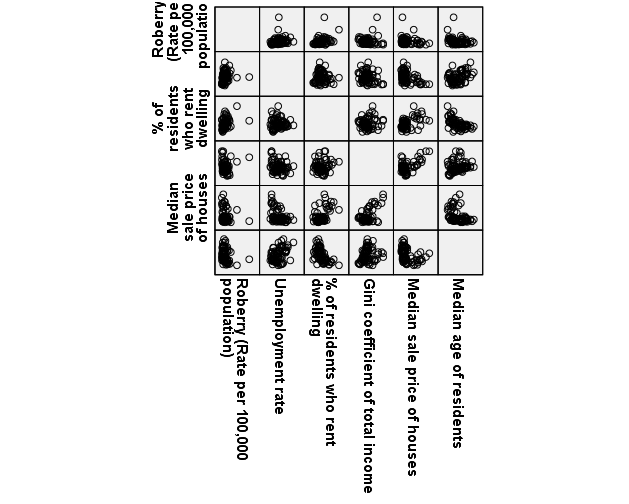