E.g. Flip a coin to assign to groups

Matching cases = An alternative to random assignment, where for every participant in experimental group, another participant is found for control group with almost identical characteristics

E.g. Create two groups of countries: one with minimum wage, one without. Use matching to make sure each case is matched with a case with similar GDP per capita.

Watch the following video, which is a recreation of the famous experiment by Stanley Milgram on obedience to authority.

Identify the following elements of a classical experimental design in Migram’s Authority experiment? 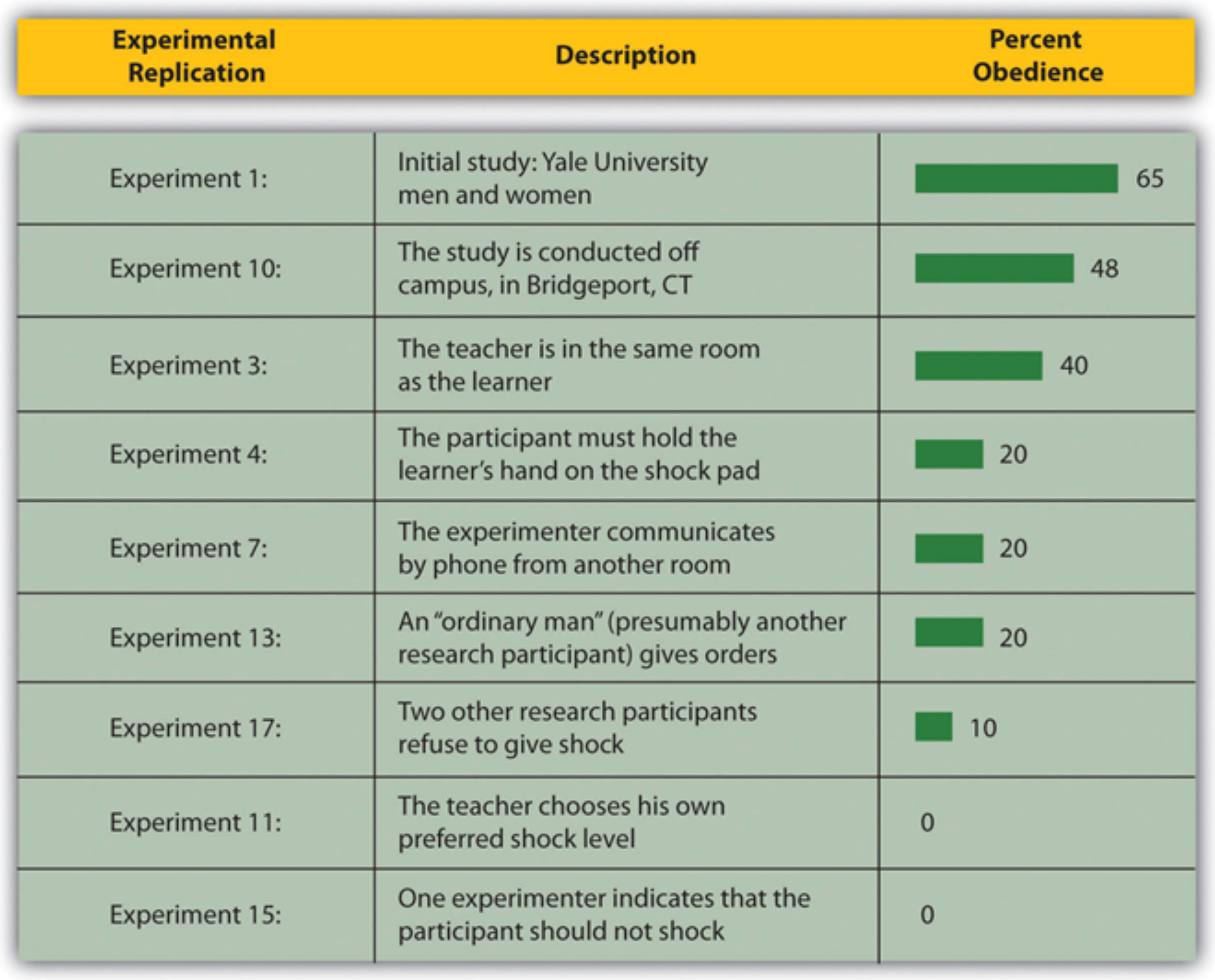