Step 1: Getting all variables into the same scale (normalization).

If our variables aren’t measured on the same scale, then the easiest thing to do is to normalize the variables. 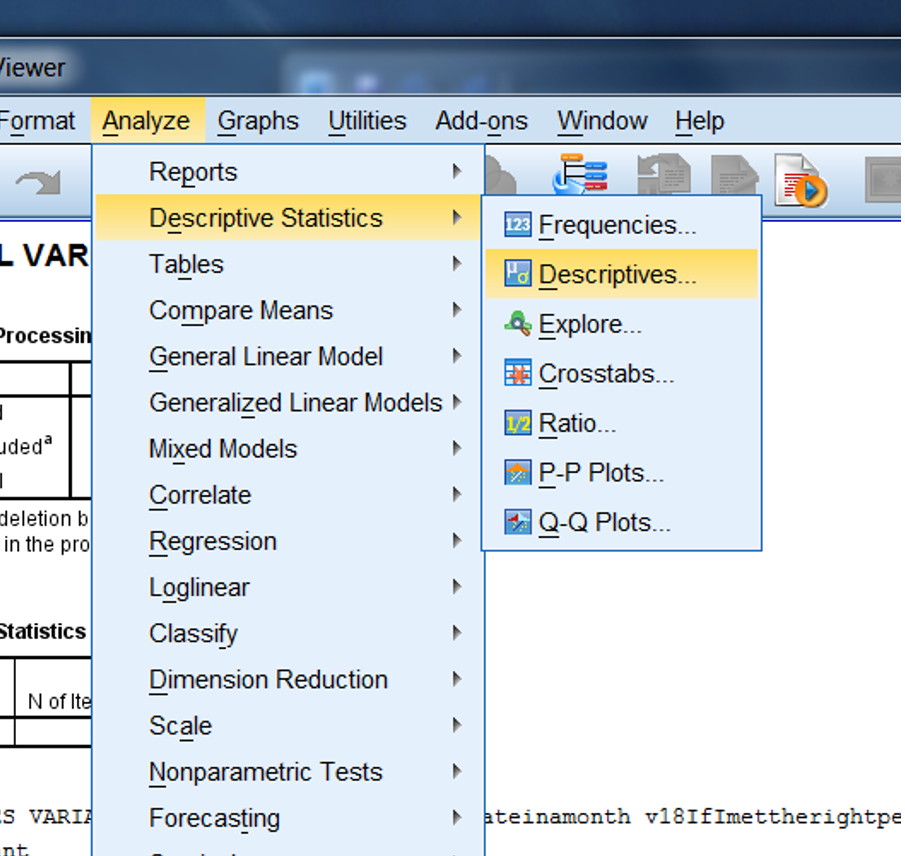 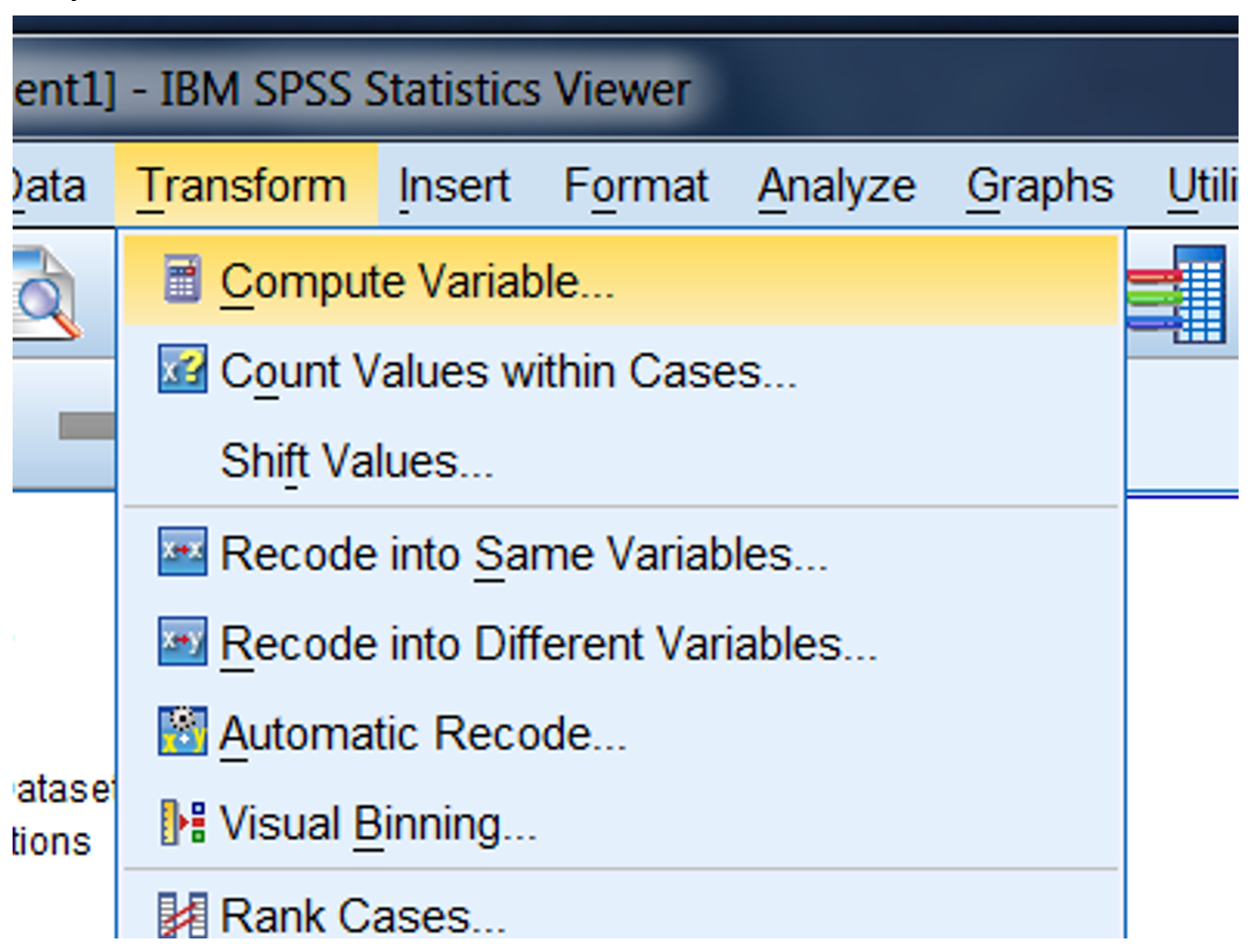 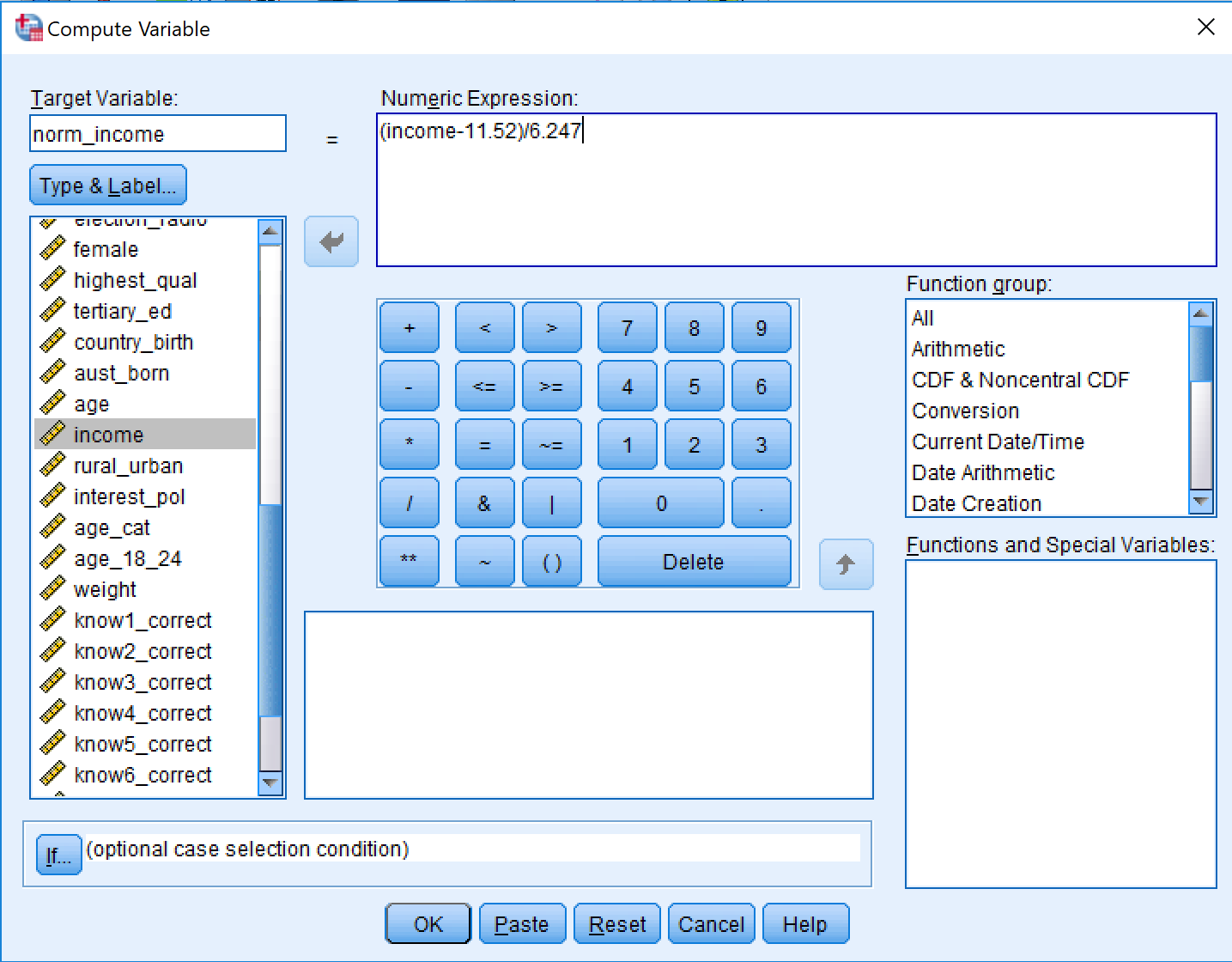 A new variable will have been created. Take a look and make sure it looks like it has a mean of 0.

Step 2: Checking that the variables move together reliably (Checking the Cronbach Alpha) 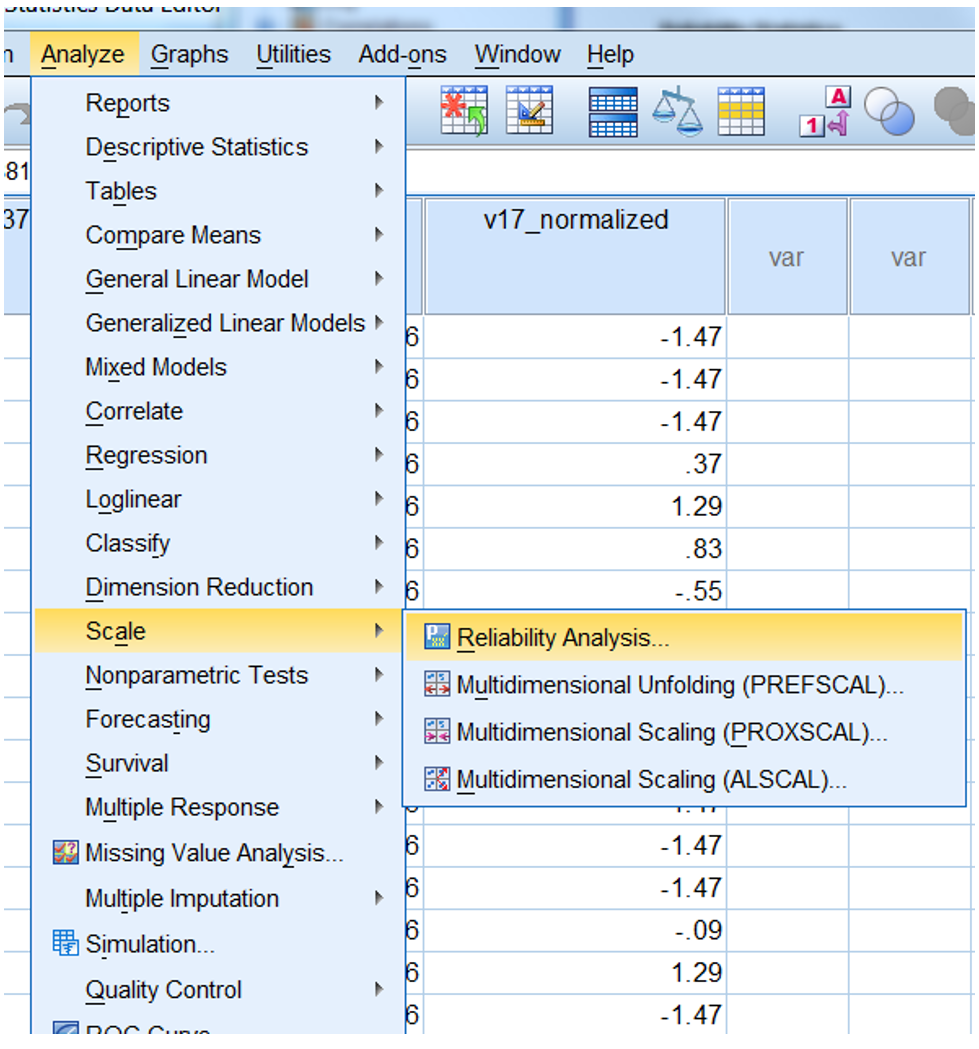 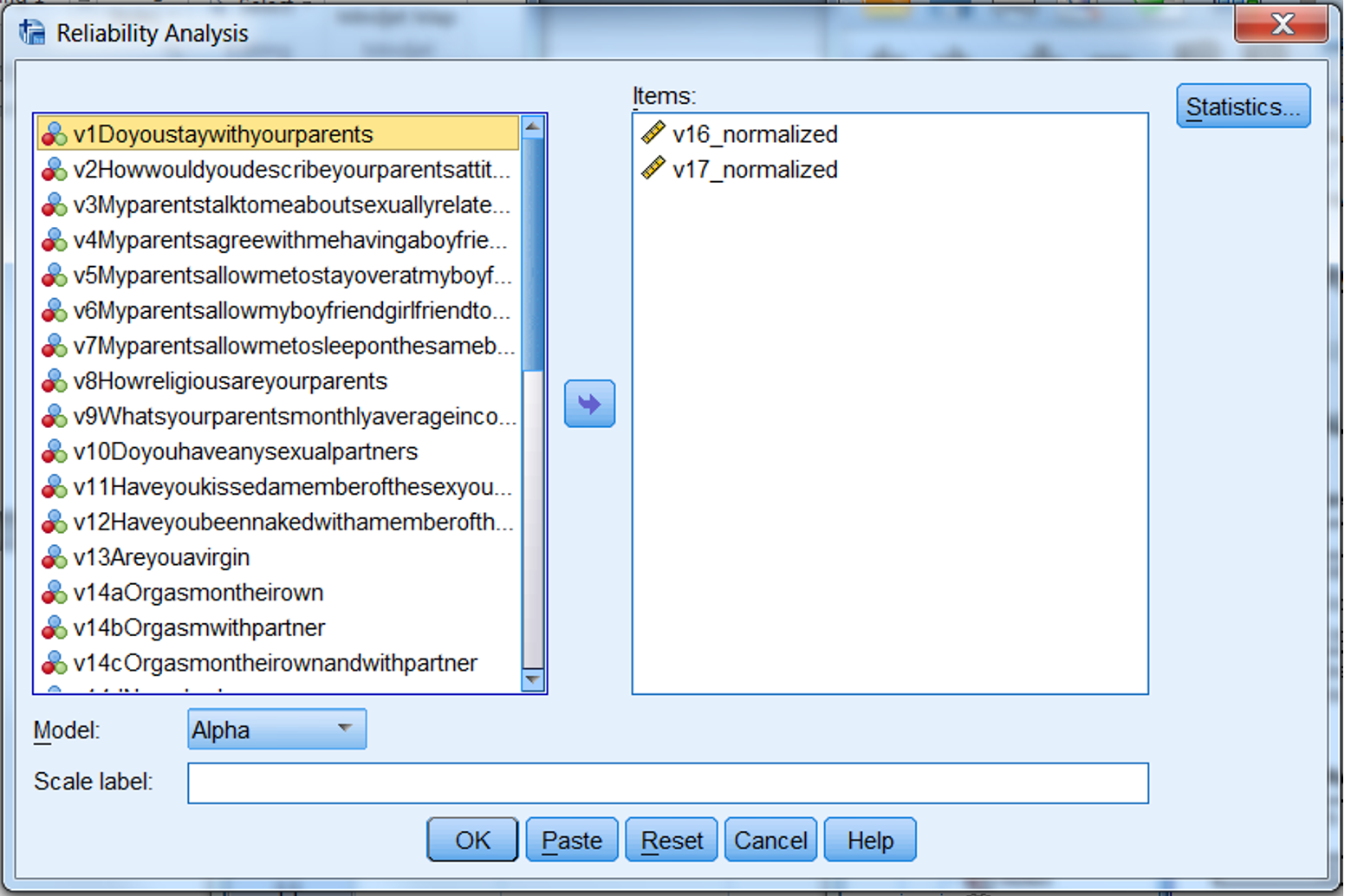 How to read this output? The normal cut off for most indexes is 0.6, though it is always better if it is higher than this.

You can see in our case, the reliability is a bit too low. We probably want to NOT construction an index, but instead treat these as two separate variables. 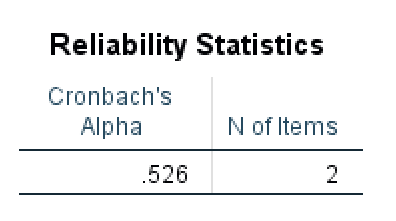 You can see that the Cronbach’s Alpha for our original variables was only 0.368 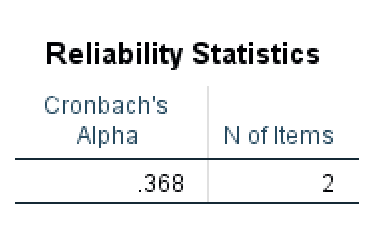 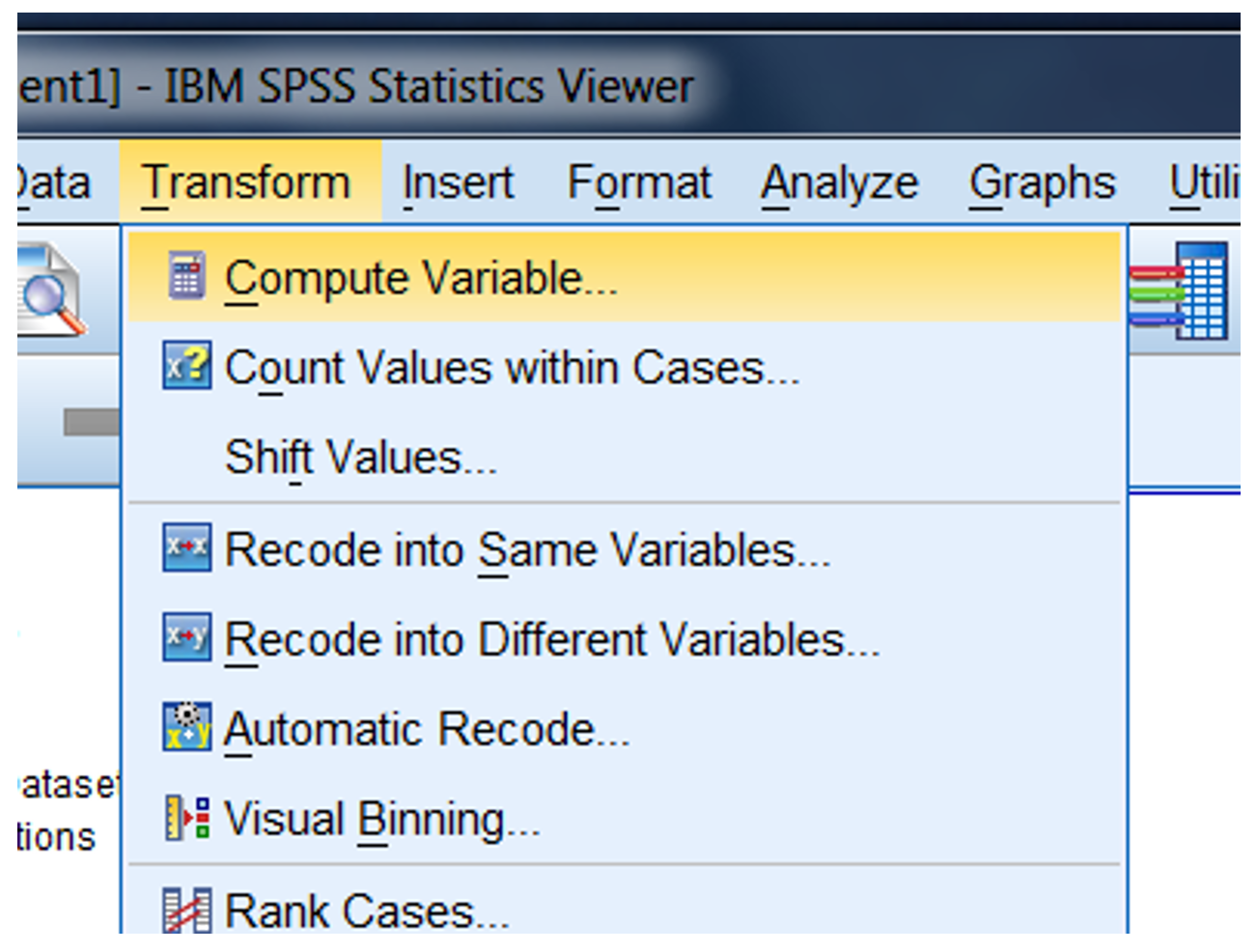 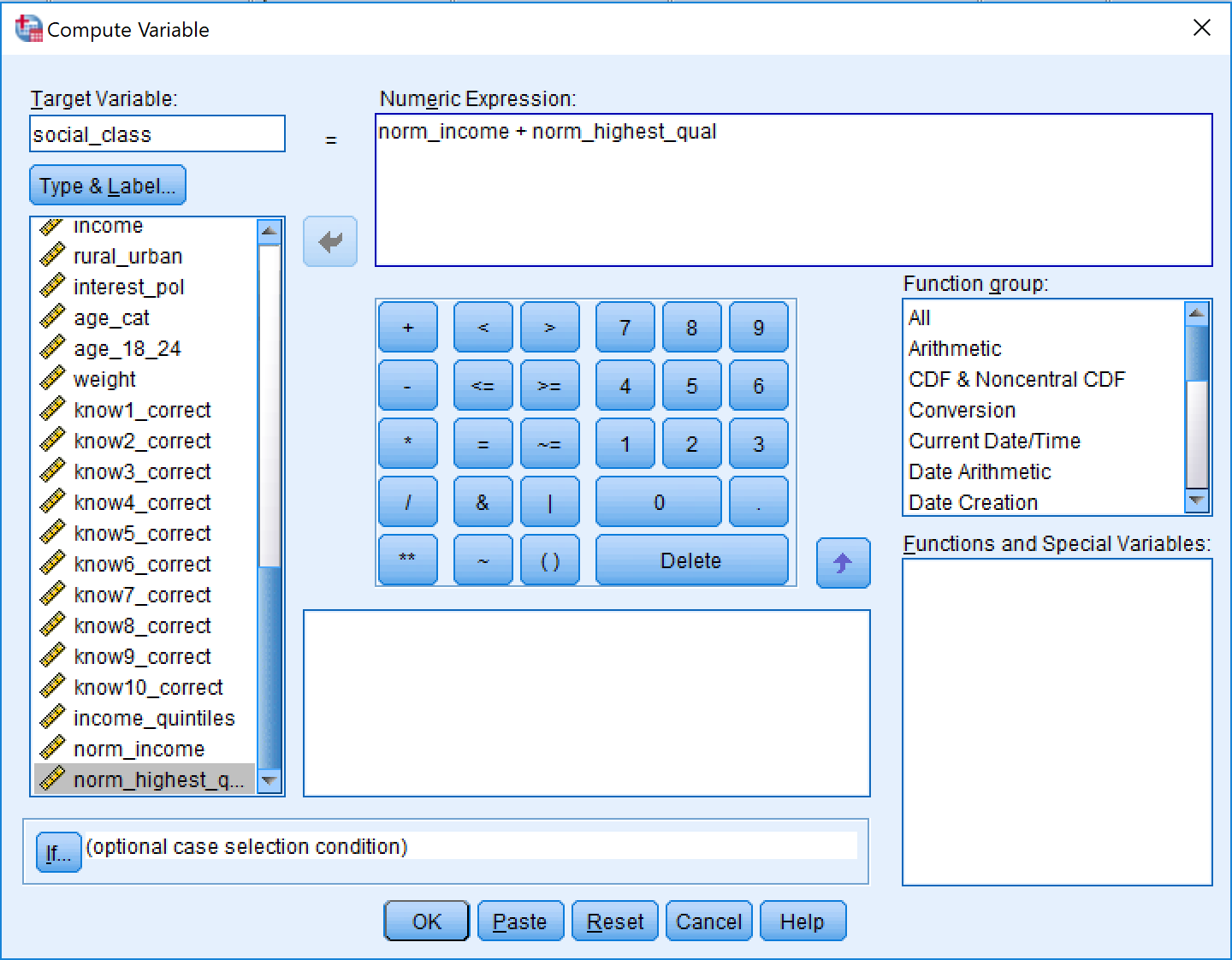