If you have quantitative data that is the result of an experiment, or which is basically a comparison of the mean values of a variable in two groups, then you are most likely to want to use a t-test. This will tell you whether the difference in the mean values of the variable for the two groups is statistically significant.

This workshop uses this dataset.

This test is used when there are two experimental conditions and different participants were assigned to each condition. 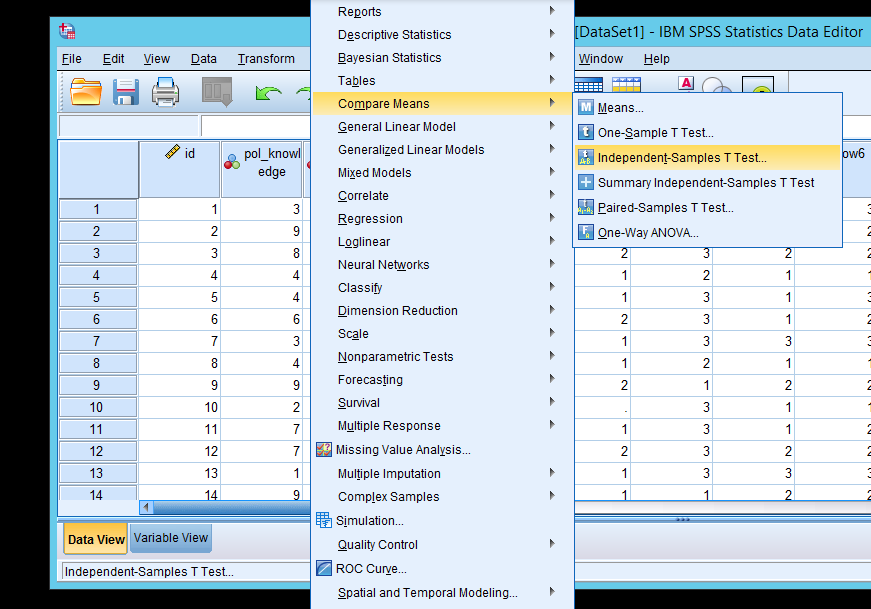 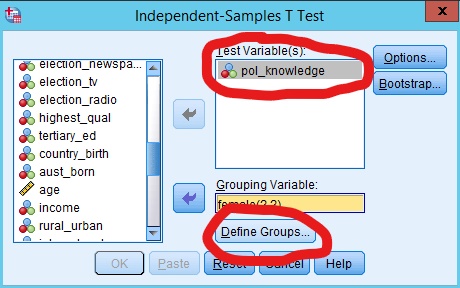 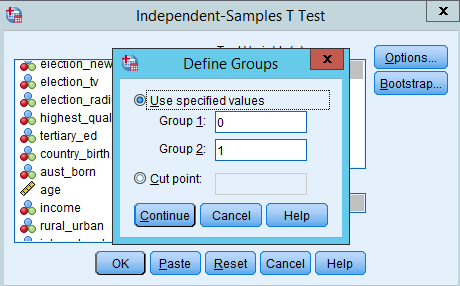 Here is a quick summary:

In this particular case, equal variances are assumed (Leven’s test = .440). We conclude that there is a significant difference between females and males in their comfort level of doing the survey (T test= .000)

This is typically used when you employ a repeated measures design where you are testing the same people twice: you give the same person a pre-test followed by a post-test and then you compare the scores at two different times. 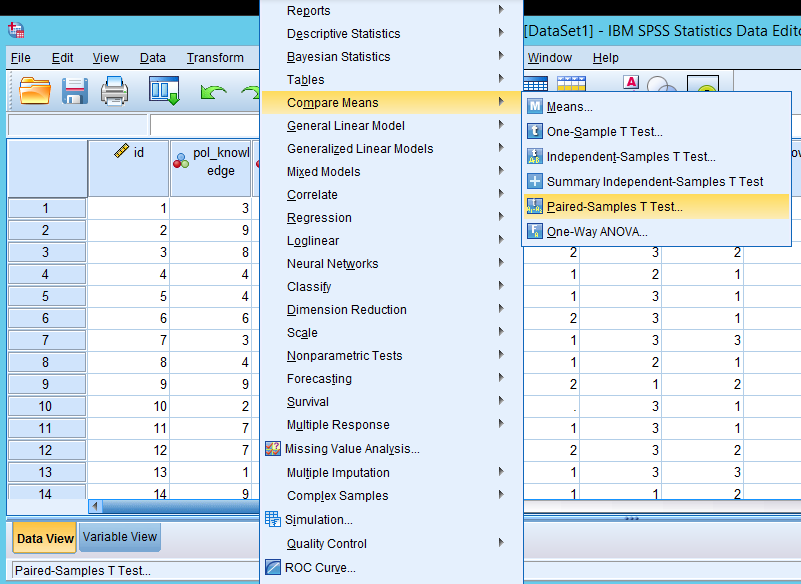 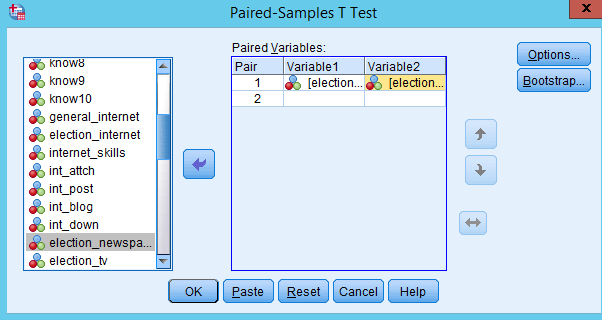 In this example, the significance was 0.000, which is less than 0.05. We conclude that there is a significant difference between the means.