By the end of this lesson students should be able to:

On Saturday 18 May 2019 there was an Australian Federal Election.

Anyone in Australia who was vaguely political - irrespective of their beliefs - was shocked by about 10pm that evening.

The conservative parties in Australia (Liberal/National Coalition) had achieved a surprising win - going against all the published polling.

A few days after the election an article was published in The Guardian Australia which attempted to use the tools of quantitative analysis to explain - in just eight charts - why the conservative parties had won.

This article and the eight charts are a powerful testament to the power of many of the skills you will learn in this course.

Figure 1, Figure 2, and Figure 3 are good examples of the type of charts provided in The Guardian article. 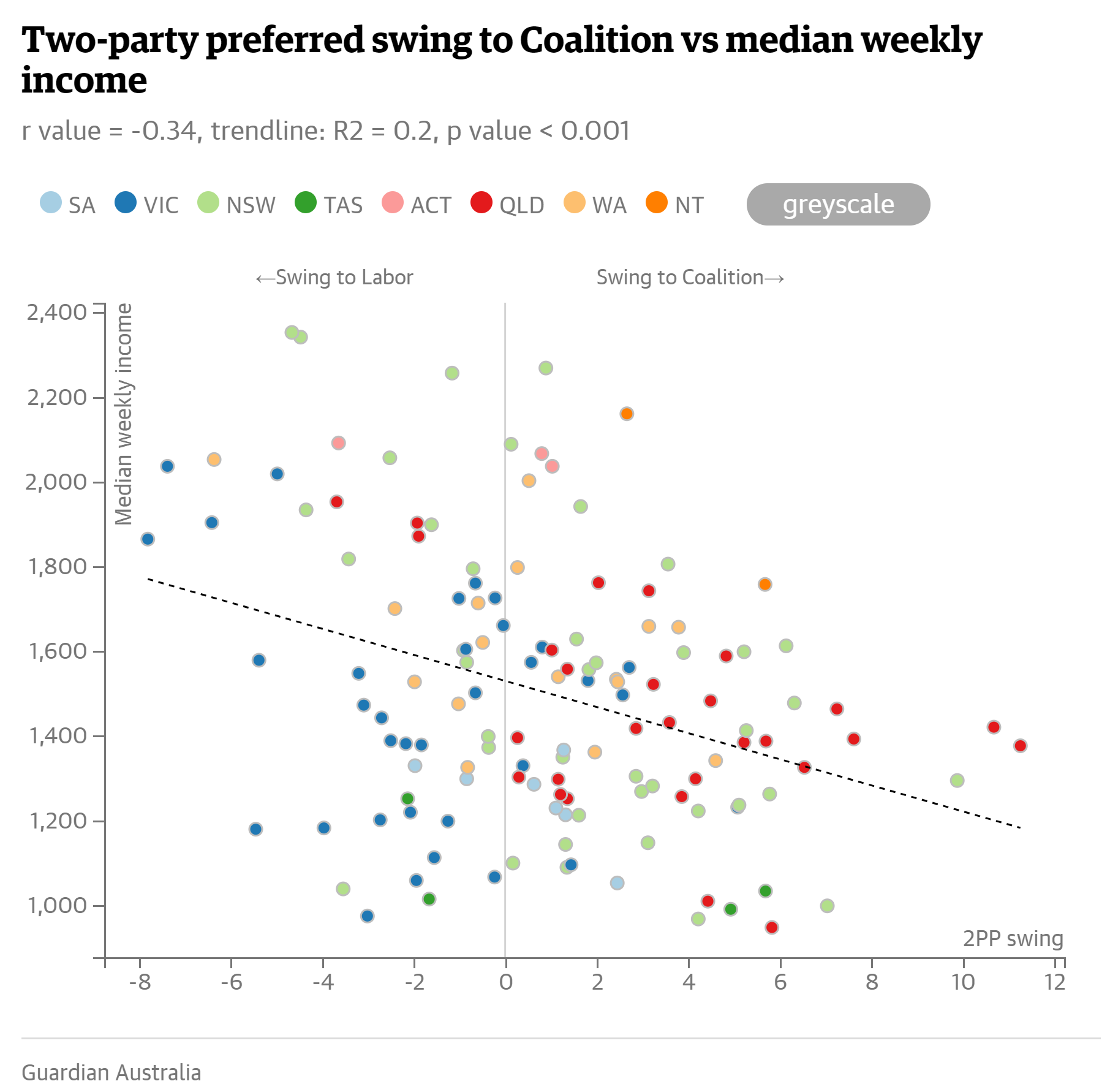 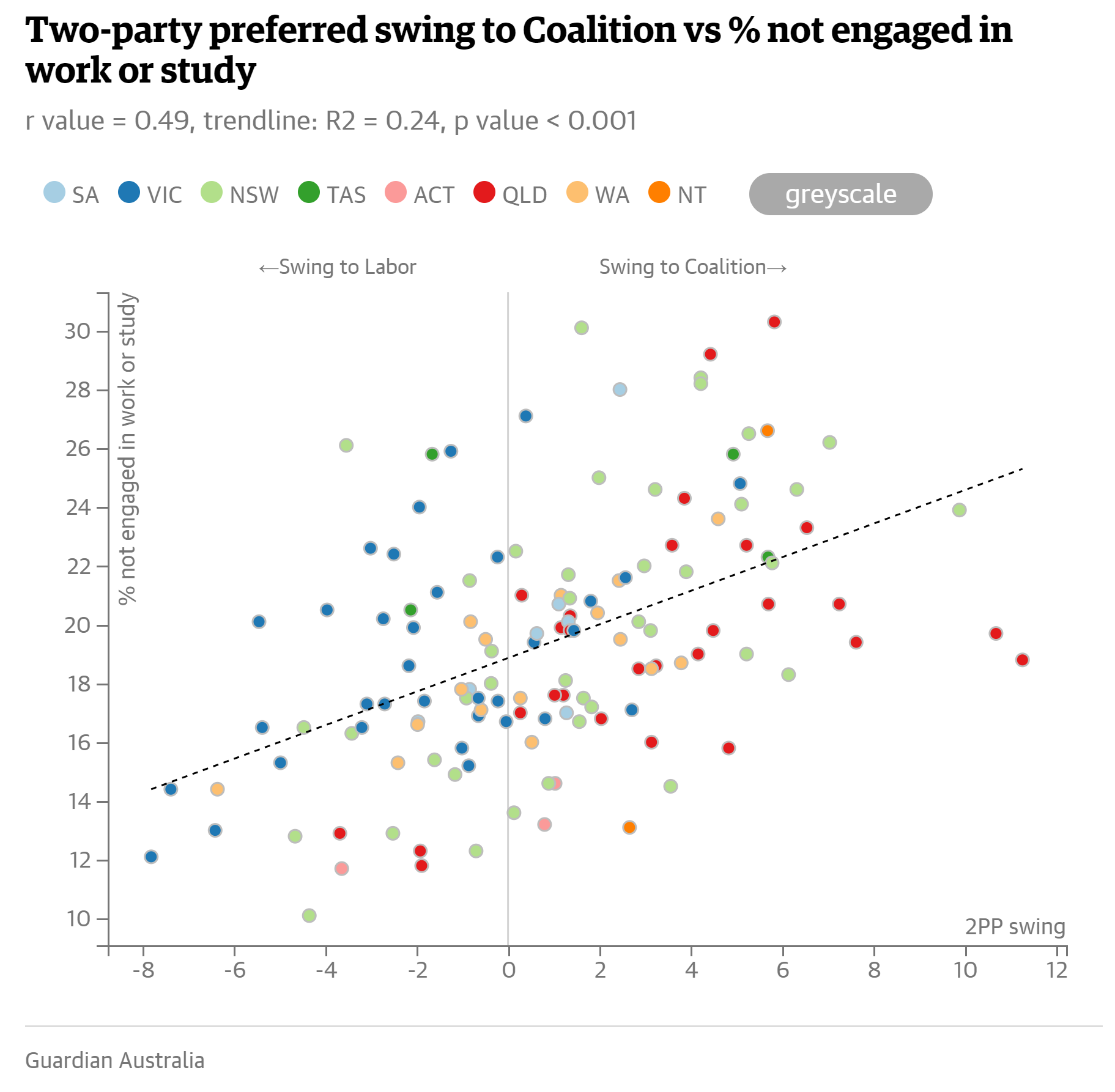 Figure 2: Two-party preferred swing to Coalition vs % not engaged in work or study 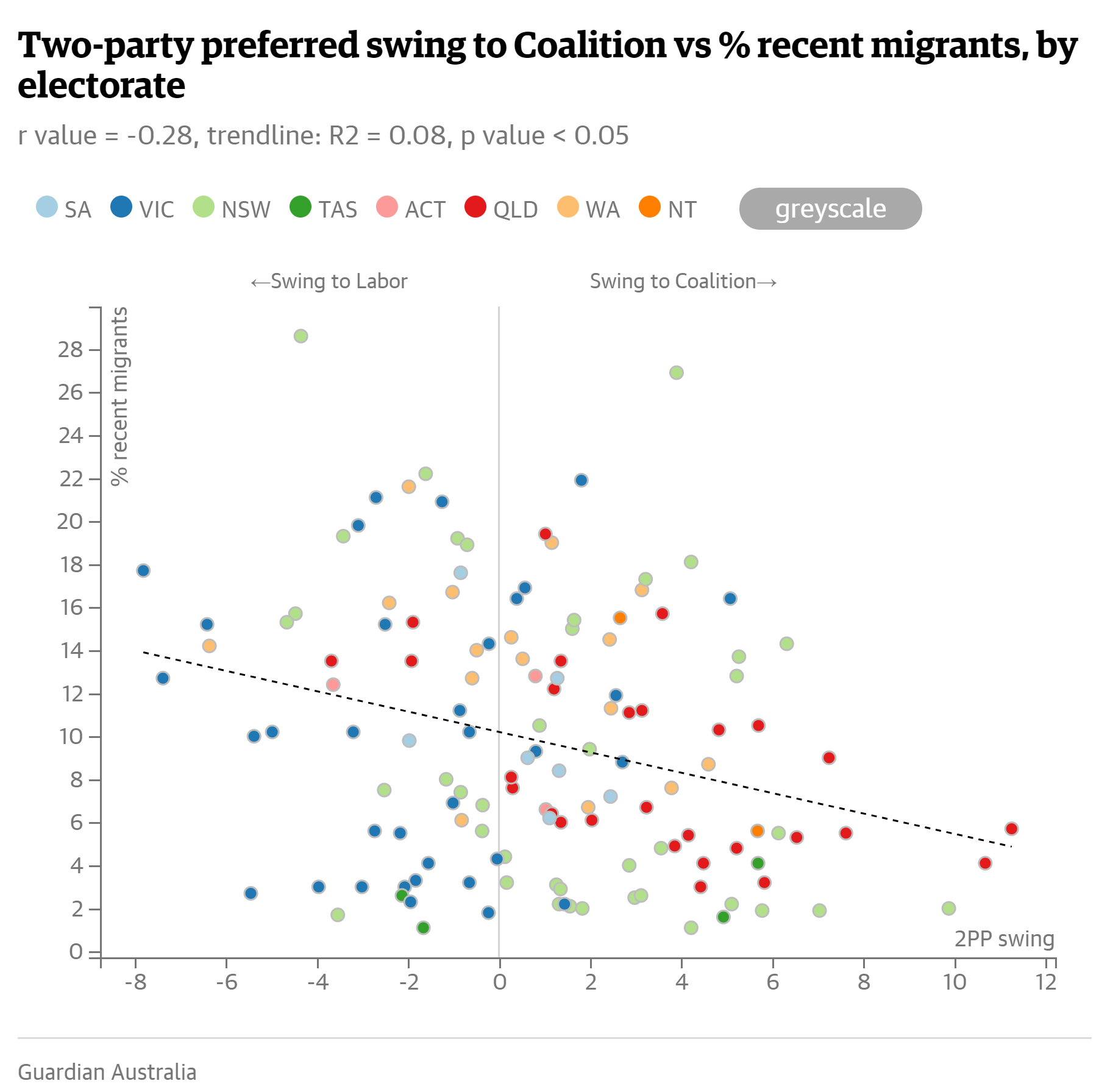 Exercise: What can we learn from The Guardian analysis?

In groups of three discuss your answers to the following questions. Write your answers in the shared Google Doc.

Extension Exercise: How could you replicate this study? How could it be improved?

If you finish the first exercise early, try to answer the following questions.

Quantitative analysis can be used to: