This first workshop covers the following:

The first look of SPSS

If you follow all the steps in Preparation for the Workshops correctly, you will see your first SPSS window. Then, you are ready for the first SPSS workshop. 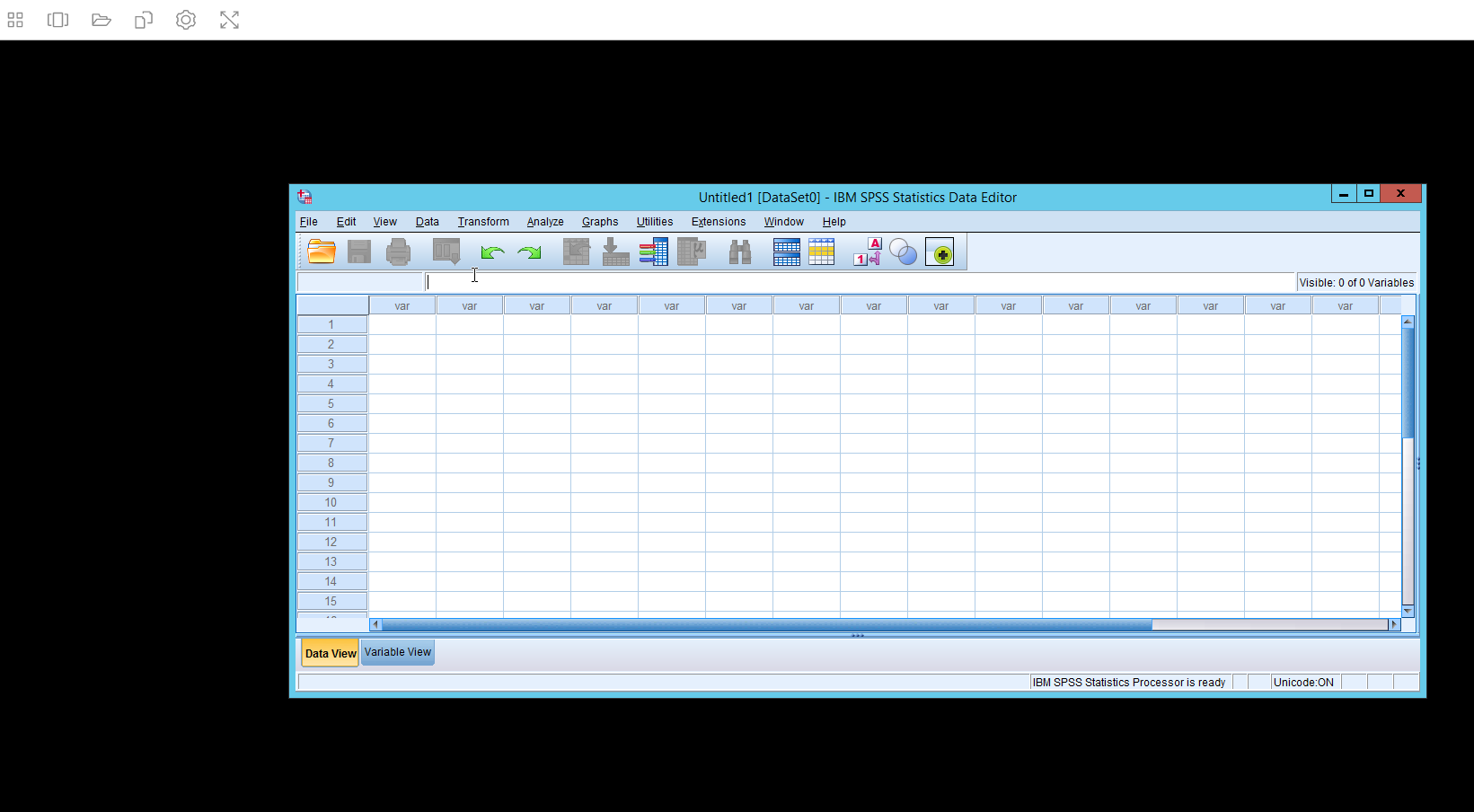 This section introduces important interfaces of SPSS. SPSS has two tabs at the bottom, Data View and Variable View. 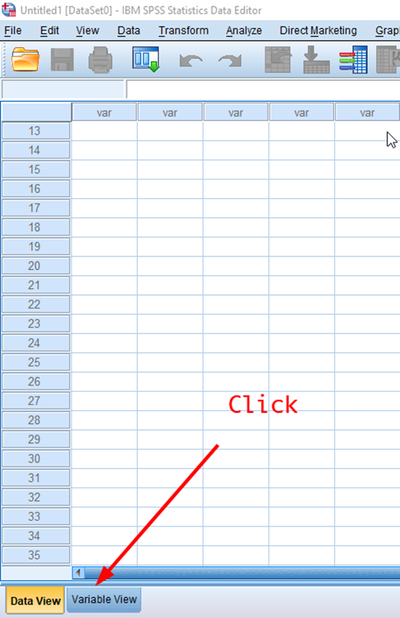 Data can be manually entered into the Data Editor (that you see in <Figure 2>), which may be useful for entering a small dataset or making a minor edit to a larger dataset.

The questionnaires used for this dataset are:

4. Most people see themselves as belonging to a particular class. Please tell me which social class you would say you belong to?
(1) Lower class
(2) Working class
(3) Lower middle class
(4) Middle class
(5) Upper middle class
(6) Upper class

Do you remember that survey data are number-based data. If you look at <Table 1>, you will see text information in the variable of gender, political orientation, and social class. Instead of providing text information to SPSS, we will enter numeric values that correspond to text information in the Data Editor. Thus, your final data will look like <Table 2>. The next section will provide more details. Thus, DO NOT start entering data in <Table 2> at this time. Please see Variable View and How to enter data in the below. It will tell you how to enter data.

Click the Variable View at the bottom. In this spreadsheet, you need to provide information on variables in the dataset. <Table 1> has four variables, and we will add a variable of identification number (named id). Thus, we will input information on five variables: id, gender, age, political orientation and social class. 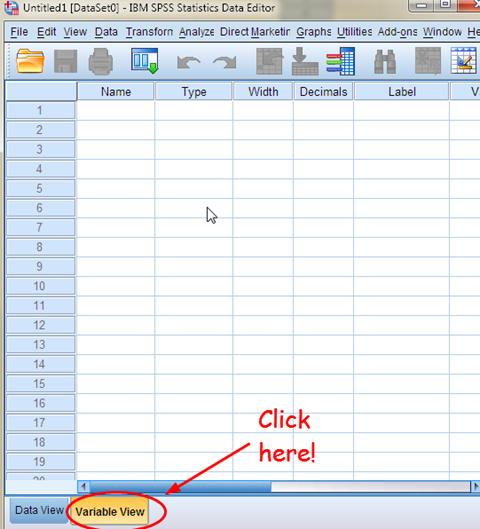 Let’s start entering the name of variables. The name of the variable is used to refer to that variable when you analyse data. Thus, a short variable name would make your data analysis easier. Also, variable names must be unique in the dataset. The same name can’t be assigned to more than one variable. White spaces are not allowed for variable names. Instead, you can use an “underscore(_)” or “period(.)”.

Next, Click the Data View again to enter the value of variables. You will see the variable names you just typed at the top of the spreadsheet.

How to enter data 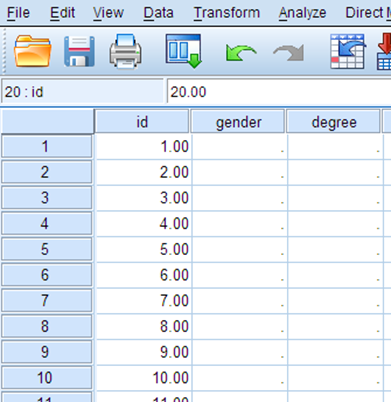 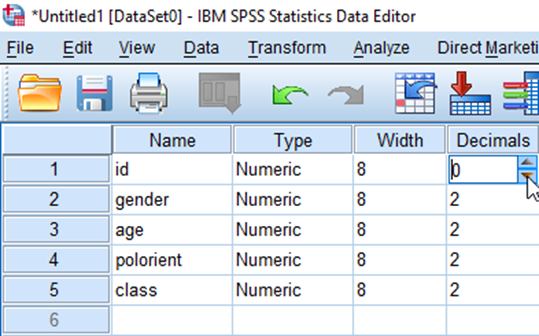 gender variable has two categories: Male and Female. For convenience, we assign numerical values to each category. 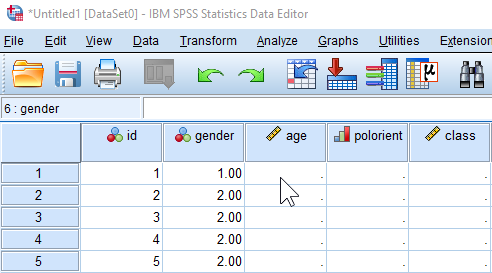 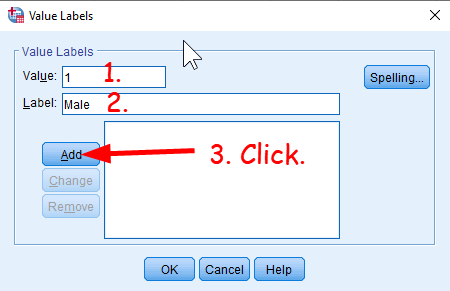 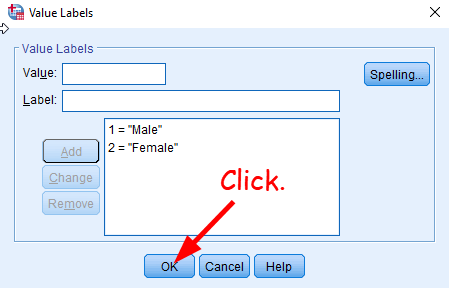 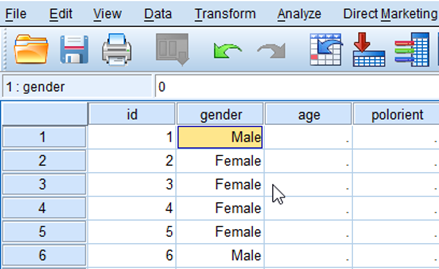 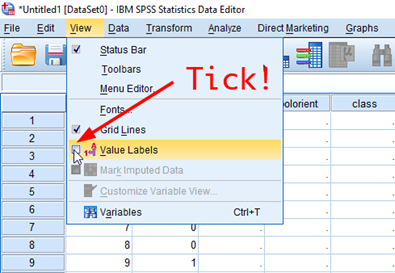 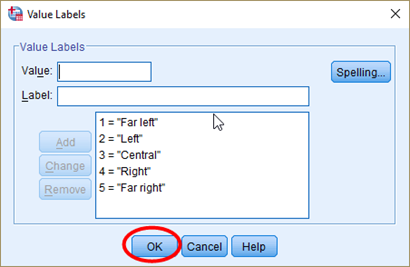 Enter the value of class variable. The process will be very similar as what you did for enterting polorient variable. After entering social class variable, the final data should look like <Figure 21>

How to save your SPSS data file

Now, you are going to save the dataset you created so that you can use it in the next workshop. 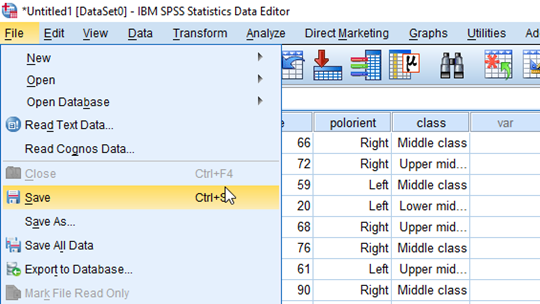 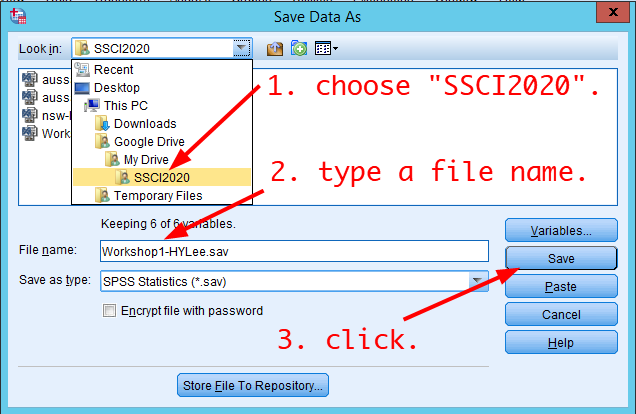 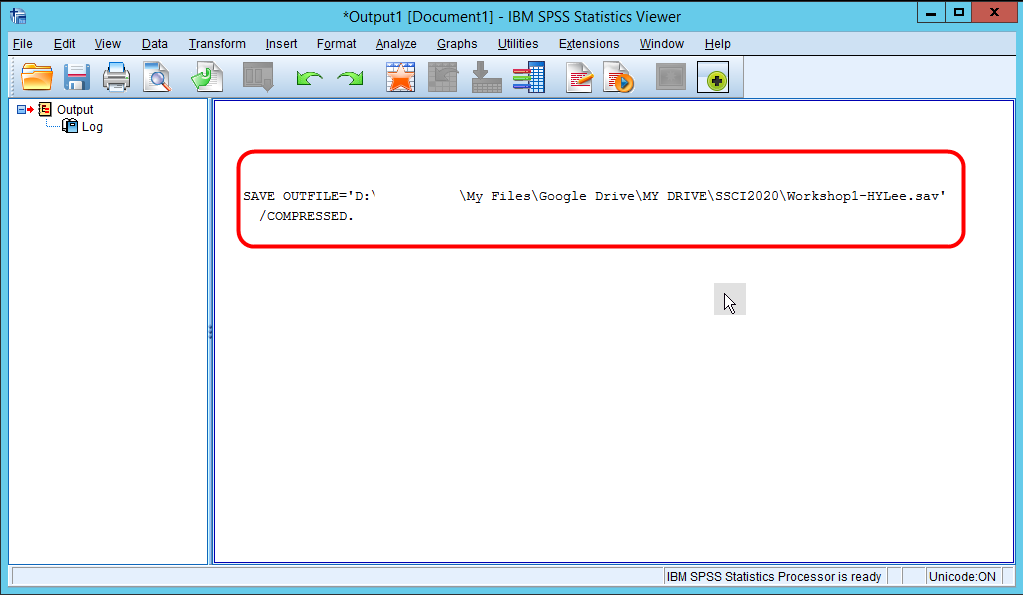 If you follow all the instruction so far, please complete the Workshop 1 Participation Activity. You can find the link to the Activity on the iLearn.

In the next workshop, you will use the data file you created and saved in this workshop. This is the end of the Workshop 1. Thank you!