Download Data File for Crime Rates of NSW LGAs on iLearn (under the section of Dataset). Then, upload this file to your SSCI2020 as you did for the 2012 AuSSA dataset. If you completed Preparation for the Workshops, this data file is already in your SSCI2020 folder at AppStream. 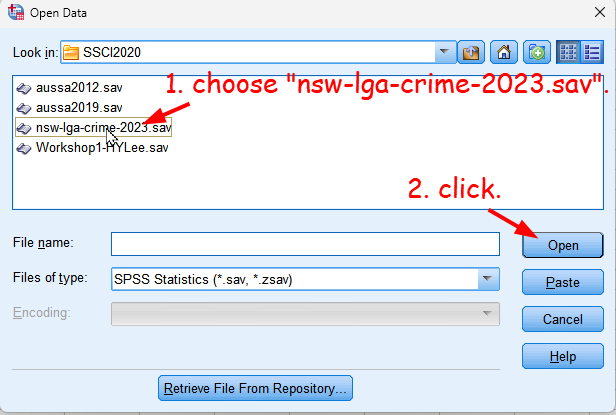 When you have many variables in your dataset, it is often difficult to locate a specific variable of your interest when you browse the data. In that case, you can move a variable to a new location in the Variable View. Suppose that we want to move region2 next to name. 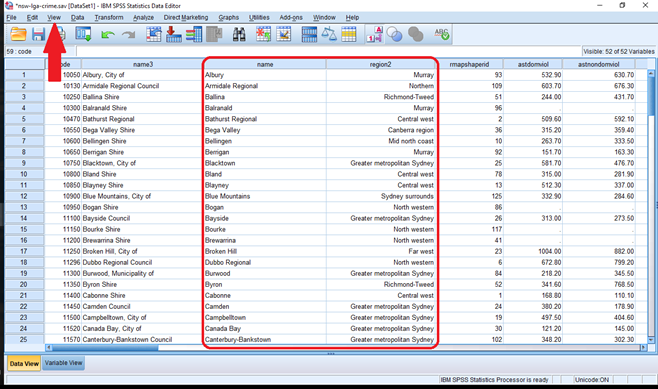 Sorting cases may be necessary when you want to have a close look at the data. Sorting cases will re-arrange the rows (cases) in the dataset by any variable or combination of variables you wish. By default, the cases will be sorted in ascending order (smallest to largest, or alphabetical). But sometimes it may be helpful to sort cases in descending order (largest to smallest, or reverse alphabetical).

Sorting cases by a single variable

Suppose that we want to know which local government area (LGA) in NSW has the highest crime rates of robbery (robbery). Sorting all the NSW LGAs in descending order by robbery will make this job more manageable. 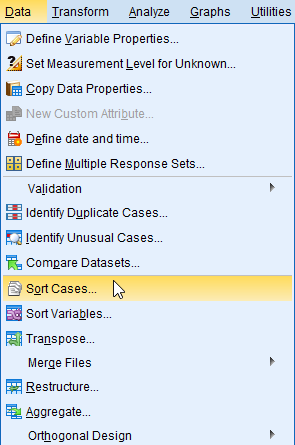 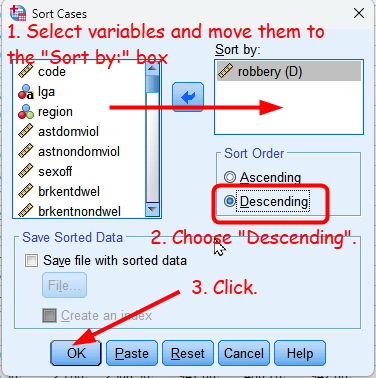 It is often the case that we need to sort cases by more than one variable. Suppose that we would like to find an LGA with the highest robbery rates in the Greater Metropolitan Sydney, Murray and Hunter, respectively. To find them, it is necessary to sort all the LGAs by the combination of region2 and robbery.

Troubleshooting: If you see numbers instead of the names of region in region2, go to View at the top menu and tick Value Labels (See <Figure 15> of the workshop 1). 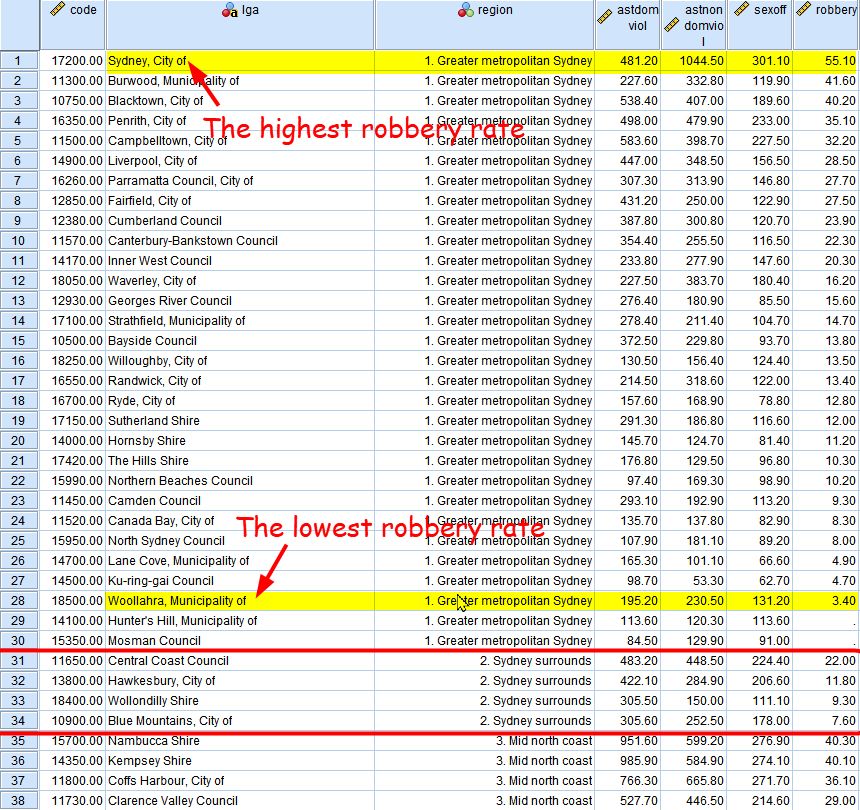 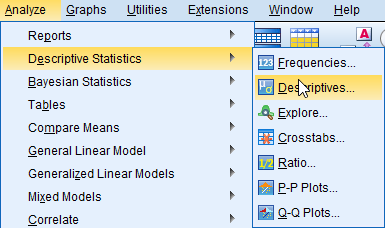 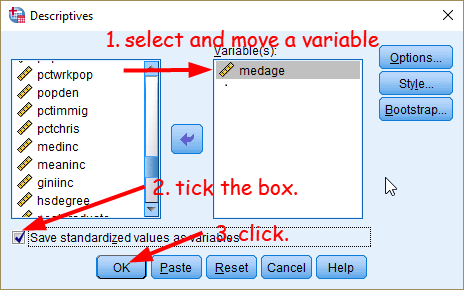 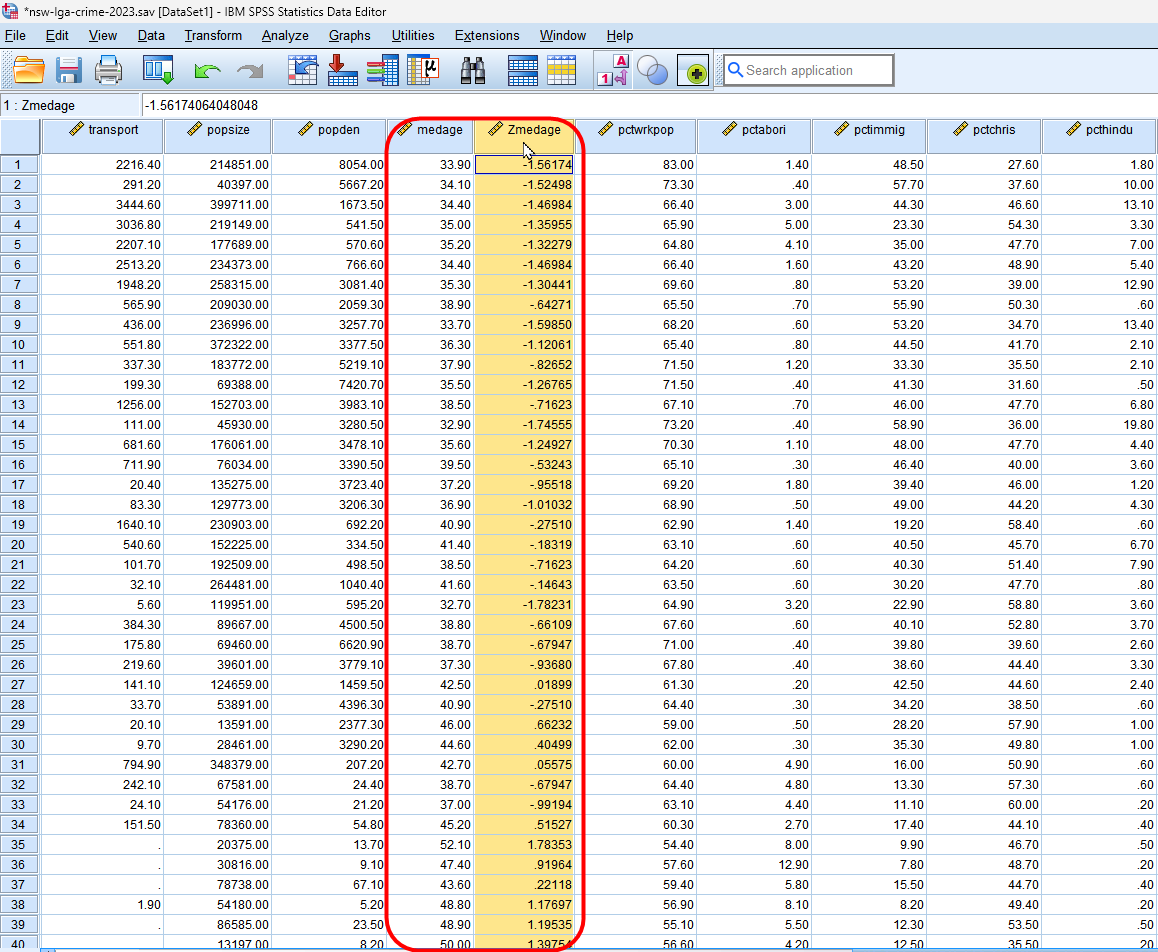