We generally use logistic regressions when we have

The process of running a regression in SPSS is basically the same as for linear regressions, with options for forced entry, hierarchical, and stepwise methods.

When you read your results from a regression, you read the same two columns as in a linear regression (B and sig.).

Significance (sig.) is read the same as for a linear regression.

Because of the binary nature of the dependent variable in a logistic regression, the B is not so straightforward to interpret.

For this course, we are only going to interpret the significance, and direction (positive or negative) of B. We won’t interpret the magnitude. So for significant (< 0.05) B coefficients we say that independent variables with positive B (greater than 0) increase the likelihood of the dependent variable being 1 (and the reverse for negative B values).

We can also view the various different R-square values for the model, which is approximately the same meaning as that for a linear regression.

I’m just going to illustrate logistic regressions with FORCED ENTRY, because the procedure for hierarchical and stepwise methods is the same as that for linear regressions. 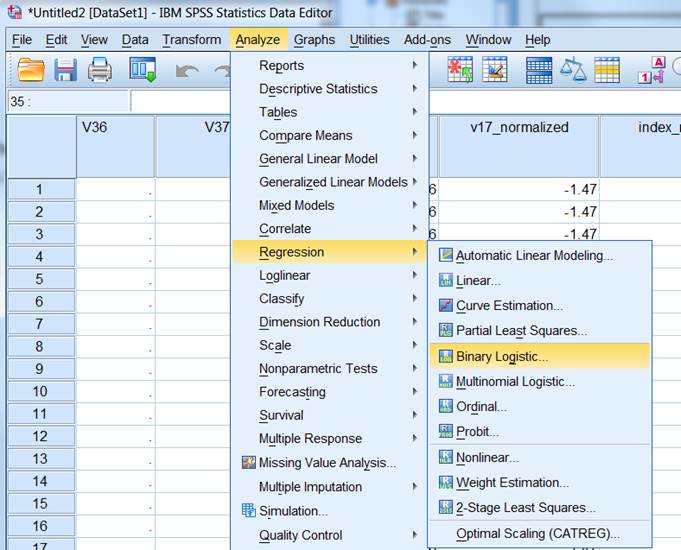 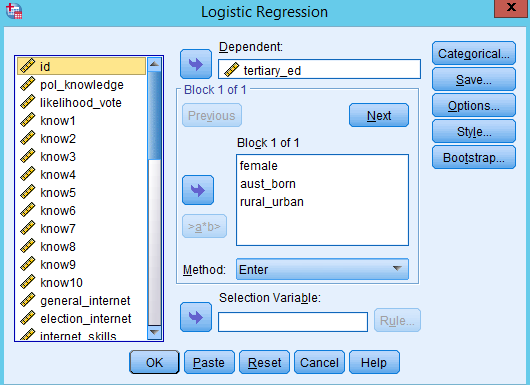 You can choose to interpret either the Cox & Snell R Square, or the Nagelkerke R Square. These basically say that between 3% and 4% of the explained variance in tertiary education for respondents is explained by our three variables (gender, australian born, and rural-urban).